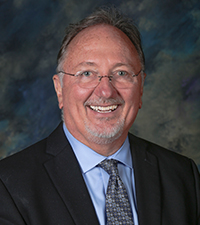 Dave Taylor, principal of Mizzen Marketing Resources, has been involved in one aspect of the Pro-AV business or another since 1979. His range of personal experience encompasses the end-user, AV rental technician, integrated systems sales rep, business owner, factory rep, and most recently – since 1991 – independent manufacturers’ representative.

As an independent rep for nearly two decades, Dave has played an integral part in the growth and success of some of the most recognized manufacturers in the ProAV industry, including AMX, AutoPatch, Chief Manufacturing, DWI lecterns, Liberty Wire and Cable, Magenta Research, Samsung Pro-AV, Stewart Filmscreen, and TV One.

In addition to covering the dealer network in north Texas, Oklahoma, Arkansas and northern Louisiana, he is focused on developing a coordinated marketing strategy for complimentary manufacturers exploring the rapidly converging worlds of ProAV.

Dave holds a BA in Communications from Southern Adventist University. He and his wife, Judy, live in Mansfield, Texas, and have two children: Caitlyn, age 19 and Cole, age 17.